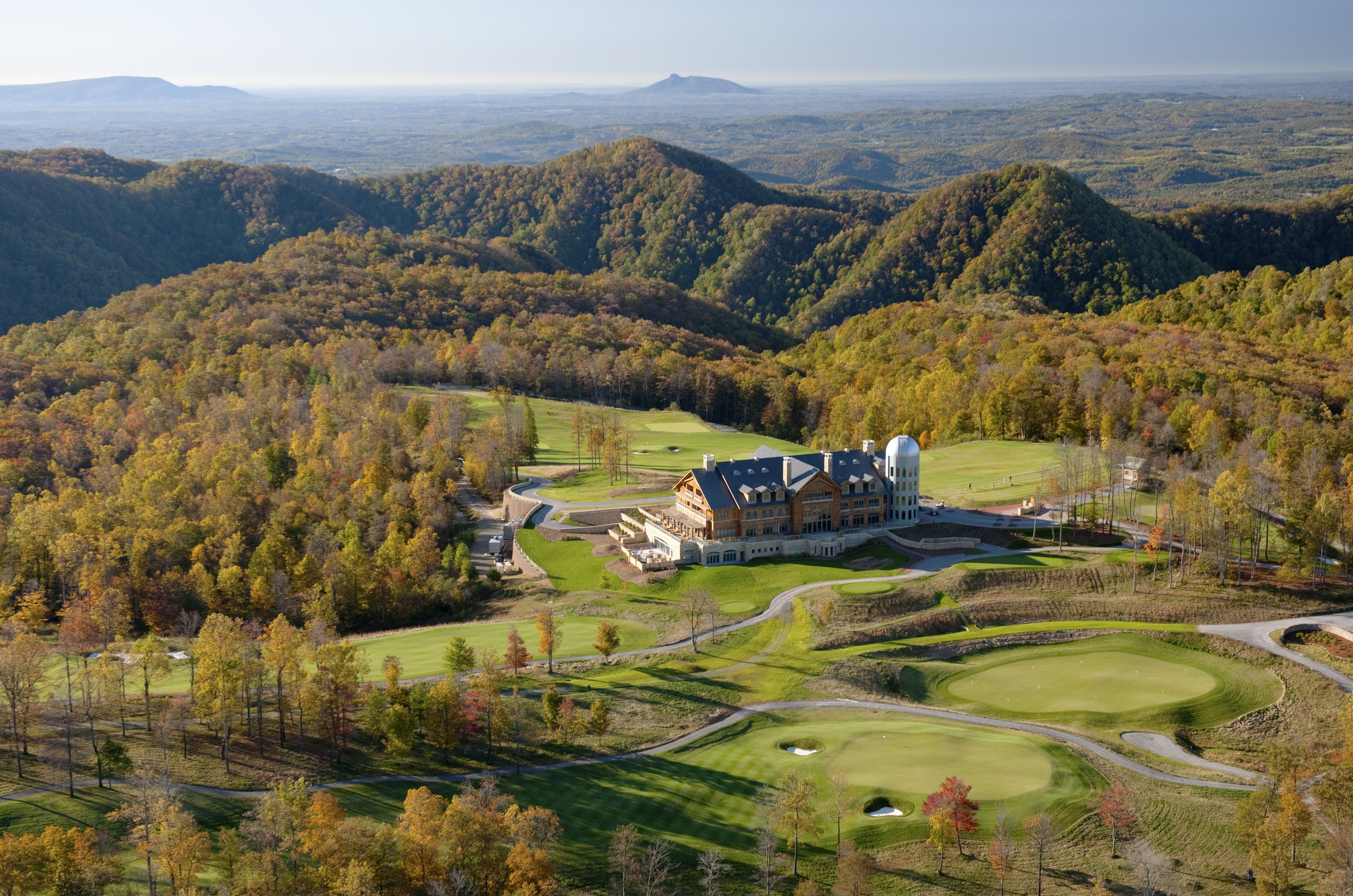 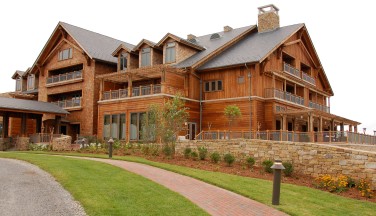 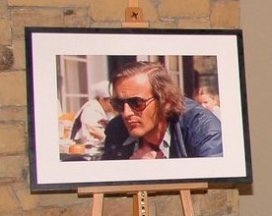 Opening a Luxury Lodge and Spa in Southern Virginia

A few years ago, a New York City recruiter called to introduce me to a new project in a rural area of Virginia. I flew to Switzerland to meet the reclusive French billionaire, Didier Primat, who would offer me the opportunity and challenge of opening his new luxury Lodge and Spa in the Blue Ridge Mountains of southern Virginia. Knowing the family’s reputation for exceptional hospitality, I will always feel immense pride to have been selected for the challenge.

The grand ‘design and build’ project was completed at an investment of over $40 million for 26 exquisite guest rooms and gloriously opened to the public on August 31st, 2009. The cost of the hotel’s construction was much less than the nearly $1 billion required over three decades to improve the 12,000 acre ridge-top property, build its roads and infrastructure and to create a remarkable golf course designed by noted British architect Donald Steel.

Sadly, Mr. Primat never lived to attend the grand opening of his hotel, his first property in the United States. Little did we know that we would soon learn of Mr. Primat’s premature death at age 64 just one week after arriving on the property. This event coincided with the declining world economy as its free fall into recession beginning in 2008.

At the time of his death, Mr. Primat was the largest single land owner of real estate in France with family estates in Normandy, Alsace, Limoges and Paris. He also owned properties all over the world as well as 20% of the stock of Schlumberger Limited a multinational oil services company founded in 1926 by his grandfather and grandfather’s brother in 1926.

It was during my interview in Mr. Primat’s office at “Rouvrais,” beautiful estate of Didier’s mother Madame F. Schlumberger Primat in the pastoral outskirts of Geneva that I could sense Mr. Primat’s physical condition was in decline as he bravely faced the effects of esophageal cancer. I telephoned my wife Susan from Paris the next day, as we pondered whether to take on the project knowing the potential risk in the event of the loss of the owner. We decided to press on.

In spite of Mr. Primat’s death, the massive effort to open the luxury Lodge and Spa at Primland in Meadows of Dan, Virginia moved forward. As the project was launched, the pressure fell to Mr. Primat’s friend and confidant, asset manager Jean-Dominique Percevault of Paris, and to Mr. Primat’s children to continue advancing the huge sums needed for construction and to make the many split second decisions required on all manner of architectural and design issues. This was a tense time. A prolific stream of emails ensued between Virginia and the Geneva office, and the young Primat family members with lives of their own were now thrust into new roles.

It was a unique honor to work with so many very special people at Primland including Mr. Percevault and Mr. Primat’s eight children (Bérengère Primat Serval; Harold, Garance, Stanley, Kevin, Margaux, Flora and Justine Primat) their families and their mother Martine Primat. I consider it a gift to have known Mr. Primat and I am happy that our paths crossed for a time at Primland.

Driving for miles into the 12,000 acre Blue Ridge property on its then primitive dirt roads (now paved) across guardrail free precipices, I glimpsed the Lodge’s concrete decks and steel structure for the first time. The work site was in the midst of a pristine and wild Blue Ridge setting surrounded by a stunning golf course that was already open to play. The site would become a broad canvas on which hundreds of people would work together under time and budget constraints to create the perfect assemblage of people, furniture, fixtures, equipment and systems before we could welcome our first guests.

With little evidence of professional hospitality in place as I arrived, it was clear that the property would require significant change to become a credible hospitality venue. Few people understood the depth of the fundamental change that was required. As you might imagine, expectations were very high.

At the outset, it was the direction of the owner to create a five diamond standard. It would be a tall order to initiate the necessary change and evolve from that of a hunting and timber harvesting mentality to that of an extraordinary hotel/spa/golf complex. ‘Five diamond’ and ‘five star’ phrases were already beginning to appear in company press releases as I arrived. I cringed each time, knowing that there was a long way to go before the property could attain this standard.

As I look back, I wonder if this change is still evolving–the uneasy balance between the ‘way we were’ and the ‘way we’re going.’ It was a big change indeed for an operation heretofore designed for timber harvesting, wing-shooting and hunting native deer and turkeys to build the kind of culture necessary to welcome an upper echelon of travelers who expect a high standard of anticipative service—a tall order indeed.

Neighbors in the Blue Ridge Community took to referring to Mr. Primat as “the Frenchman”. More than a few were perturbed when early on, gates began to appear on his new Blue Ridge property—thereby shutting off a convenient and inspiring shortcut for mountain folk to get up, over and down the mountain.

That such a monumental hotel was being constructed in southern Virginia, in the county of Patrick, a largely rural and ruggedly beautiful wilderness area Primland seemed entirely incongruous. Perhaps Mr. Primat considered this a retreat, an American sanctuary away from his base of operations in Europe. At a minimum, the project was a substantial addition to the county’s economic development, providing jobs for over 150 employees and truly helping to put the little Blue Ridge town of Meadows of Dan squarely on the map.

“Up on the mountain” was how local folks described the county’s western half located atop the Blue Ridge escarpment. Here along the edge, was where Primland was created offering incredible distant views into the North Carolina piedmont. The lower half of Patrick county, to the east and south, comprised foothills and small towns the largest of which is the county seat of Stuart, named after locally born confederate hero Jeb Stuart.

I came to know many of Patrick County’s citizens as friends and enthusiastic supporters of Primland. I learned so much from them. They would share with me what was important about the area’s culture, and I worked to share with them all that was important in building a new hotel. Sometimes we were clearly at opposite ends of the spectrum trying to understand each other.

It is always an advantage to work with the local community rather than against it. This really helped create a first line of enthusiastic supporters who provide their enthusiasm and positive recommendations to visitors, even though they were a bit unsure of its mysterious European ownership. Local officials and business leaders were regular visitors and we were very proud to host all manner of community and chamber of commerce events, including open house celebrations for local guests.

There was above all in the community a spirit of sharing everything with everyone. I can tell you that “‘mater” sandwiches never tasted as good as those tomatoes grown on the mountain. An exotic can of sardines would occasionally appear out of a brown bag on the lunch table or even tins of Spam. Pinto beans are a local staple and were supplanted with the occasional can of ‘beanie weenies’ regularly washed down with a ‘Cheerwine’ soda or a caffeine-spiked ‘Sun Drop.’

Important lessons were learned about wing shooting, the ritual of deer hunting and the importance of turkey season. These animals (and others) provided subsistence for many employees year-round in the form of jerky and ‘deer meat’ lunches. In secret places in southern Virginia, wild ginseng still grows in the mountains and real moonshine is still distilled, tax-free of course. Apple butter is boiled down each fall and shared year round, chinquapins are still collected and ‘fried pies’ are ever popular.

These are the people of southern Virginia, underestimated and misunderstood by generations of Americans. I came to see in their Appalachian faces a strength and sophistication as great as any I’ve witnessed anywhere and to appreciate their unbelievable resilience. One underestimates these simple country folk at one’s own peril. If someone ‘fell off the mountain’ down into a ravine, got lost in the woods, broke an axle, got lost in the densely thick fog or faced timber rattlers and copperheads up close—I can tell you from experience these were the only people you could count on.

More than anything, the culture of the area was expressed in its soulful Bluegrass music. It seemed as if every family member here was taught to play and pick beginning at an early age. No one ever looked at sheet music! I am proud to say that Bluegrass Hall of Famer Sammy Shelor and his renowned Lonesome River Band performed for the grand opening of the Lodge adding a sweet local sound to the celebration.

Many heroic performances were required of Primland’s employees both tenured and new to open such a Lodge. The talents of a few very special consultants were also critical to success. I hope they always know how much their contributions meant to the success of Primland’s opening. We couldn’t have done it without Christine, John, Steven, Sylvie and others.

In the midst of enthusiasm and excitement as the opening drew near the usual pre-opening travail occurred–the luxury suite drain was clogged with cement left by the builders, improperly installed glass shower doors shattered upon dripping guests, and a hasty valet or two scratched up a luxury vehicle or two in the new parking garage below the Lodge entrance.

That first winter, un-insulated pipes froze and burst several times with water gushing forth into beautifully decorated rooms and living areas down through all four stories on freezing winter nights. In spite of all the challenges and difficulties a magnificent new Lodge and Spa opened and is waiting to welcome you to southern Virginia!

A world class golf course and spa, a one-of-a-kind telescope observatory (the likes of which you’ve never seen in a hotel environment) and even ‘tree houses’ perched on the edge of the ridge are only a few of the unbelievable aspects of the Primland experience.

In the observatory, the team created a wonderful “Tour of the Universe” program available most evenings after dinner in order that guests could see the celestial images coming through the 14 inch Celestron reflecting telescope. The 28 foot revolving, steel diameter dome was programmed to synchronize with the motorized telescope. Everything was digitally programmed to scan the heavens light years away.

I’m certain that Mr. Primat would be proud of his accomplishments today. Primland has gone on to achieve rare recognition as a L.E.E.D. certified hotel and to be included in the Condé Nast Travelers’ Top 25 Hotels of the World.

Thank you to everyone involved with this project, for working together to create a masterpiece. Thank you to each member of the Primat family, to Primland’s talented staff and to the many local Patrick County citizens who provided so much support, encouragement and timely insights.

I’ve enjoyed getting to know you all, and my life is richly blessed by you.

One thought on “BrooksLooks @ The Opening of Primland, Luxury Lodge and Spa in Southern Virginia” 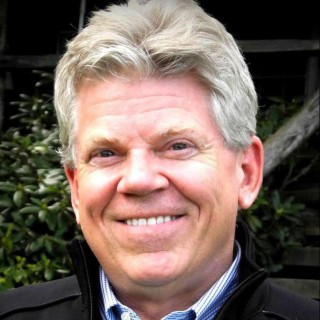